My eyes continue to be bigger than my stomach in this department. I wasn’t able to complete a pair of socks in April despite being practically monogamous with the project. Nevertheless, the urge to start something new is great.

Several patterns have my eye, and many of them seem to be shawls. I’m considering Canopy because I have had some Road to China Light languishing in my stash for far too long. 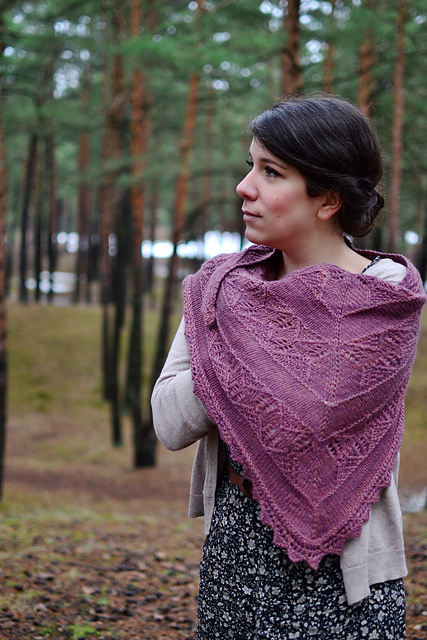 But, can I handle something this spicy right now? My knitting time is usually at the end of my day, after my jobs and mothering are complete. Lately there’s been a bit more mental energy than in the first two years of my daughter’s life, but not much. Another consideration is the newly incredibly popular Fuss-Free Festival Shawl. One of the problems I have with finishing socks in a timely manner is I keep hitting points where I have to think about what I’m doing, like heels, and this slows me down. A simple, garter stitch shawl holds lots of appeal for me just now. 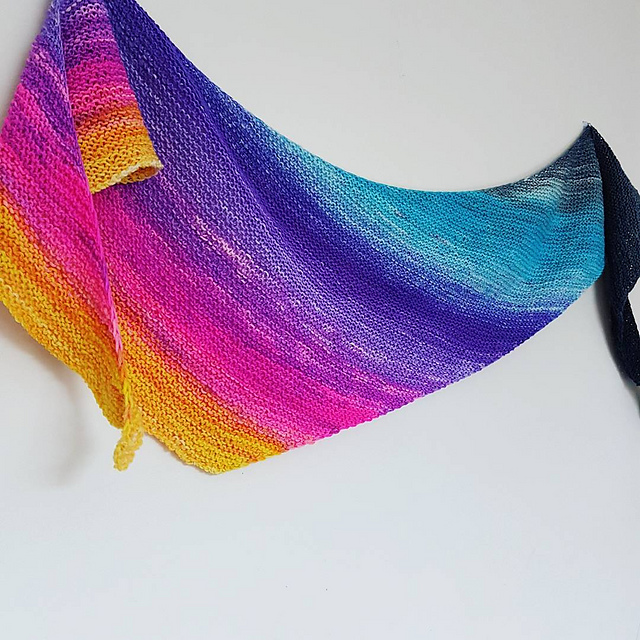 I very nearly cast one of these on a couple of days ago, but I clammed up when I decided I didn’t have the perfect sock yarn in my stash for it. And it’s supposed to be fuss free… Whoops!

In addition, I’ve been trying to think of something to do with 600 yards of worsted Blue Sky Organic Cotton in taupe that’s been in my stash for a while now. It would be perfect for either a kid’s sweater or a baby blanket. If it becomes a blanket, it will definitely be an Organic Heirloom Baby Blanket. I had thought about the Kai sweater when I bought the yarn originally, but Doc really doesn’t need any more clothing and I’m starting to think that if I knit her a new sweater this winter it will be out of a nice drapey wool.

What I should actually be doing, though, is making some leg warmers for Doc. We’re doing potty training soon, and that means some, ahem, pantsless time. I’m sure we’ll be spending a lot of hours in our basement playroom where there’s no carpet but also a draft, even in summer. I like the Legwarmies pattern by Alana Dakos.

Who knows what this springtime shall bring. Finally, I’ll share a story that you’ve already heard if you follow my Instagram feed. My parents came to visit me last weekend and they are retired farmers who decided to sell their house and RV full time around the USA. They mostly spend winter in El Centro, CA (they chose this by googling towns with the most sunny days each year…) but they also spend time near each of their daughters, one of whom lives in a suburb of Seattle. This year they did a day trip to Bainbridge Island.

Backstory: I used to live in the area, and I’ve been to Churchmouse yarns a couple of times. It’s a very special yarn shop and many knitters from places other than Seattle have heard of it.

My dad being the character he is noticed the yarn store and he told me later that he thought, “Gee, I bet Bond would like to have something from in there.” So they brought me this lovely skein of Lorna’s Laces Shepherd Worsted Multi in colorway 714 – St. Charles. (Isn’t it even more ironic that they brought a Chicago yarn back to Iowa that they picked up on the west coast? I didn’t even tell him that part.)

When I tried to explain to my mom and dad what Churchmouse is and what a special gift they brought – they were shocked. They really thought they just found a cute yarn shop accidentally and bopped in for a special little something.

My parents are, apparently, the best. Speaking of which, I’d better start looking for patterns for this little nugget of special. It’s sooooo soft.

This little lady is ready for basting. Taking a break to go to the park with the family. #quilting #herringbone #halfsquaretriangles #tablerunner #patchwork #blackandwhite #solids
%d bloggers like this: